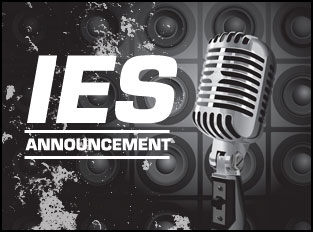 Violet Brown, veteran industry executive, has signed on to speak at the upcoming IES event on August 7-11 in North Hollywood!

Best known throughout the music industry as the Director of Urban Music for two of America’s largest and best known Entertainment retailers. She was the mind behind the purchasing and marketing of Urban Music at Wherehouse Music & F.Y.E. stores. During her time at these chains she was instrumental and known for high profile events and promotions that led to breaking new acts. Her music knowledge stretches far beyond her best known genre and she has the rare talent of picking hits and talent within many genres of music. Violet has been successful in other areas of the business with Executive Production on Top selling Gold & Platinum releases, Documentaries, Artist Management, Concert & Festival Production and as a Club DJ. Violet has received several high profile awards & accolades within the Music Industry. She was the first and only Retail Buyer to be presented with the Source Magazine’s prestigious “SOURCE POWER 30” award for 5 consecutive years and the “Living Legend Award” from the Living Legend Foundation, alongside some of the biggest names in music. After more than 30 years of picking Hits that “broke” in her stores, picking singles for labels, spinning records at clubs, shopping projects to many labels & holding A&R consultant positions at Hollywood Records, Priority & Interscope Records, Artist Management position with Regime Inc. Management. Regime Inc. manages artists of ALL genres from jazz greats, Pancho Sanchez & Christian Scott to Everlast, Kottonmouth Kings, Saigon and a strong roster of over 20 artists. Violet has recently joined the record label Strange Music, Inc.. as V.P. of Label Development. Strange Music is best known as the #1 Indie Rap Label and home of Tech N9ne, Krizz Kaliko, Kutt Calhoun, Prozak, Stevie Stone, Mayday, etc.