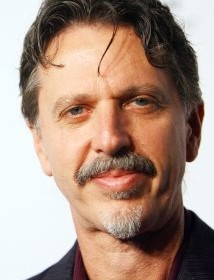 Tim Kring is an American screenwriter and television producer, best known for his creation of the drama series Strange World, Crossing Jordan, Heroes, and Touch.

He graduated from the University of Southern California School of Cinematic Arts in 1983. He got his start as a screenwriter writing for the TV show Knight Rider. One of his earlier projects was co-writer for an episode of Misfits of Science, which, like his later project Heroes, featured super-powered humans as a main theme. Another early project was Teen Wolf Too, co-written by Jeph Loeb. The two would later re-team when producing Heroes. Kring also co-wrote the 2010 book Shift: A Novel (Gates of Orpheus Trilogy) with Dale Peck.

Kring was an Emmy Award nominee in 2007 for Outstanding Drama Series as the producer for Heroes. He was also named one of the Masters of Sci Fi TV for his work on the series.