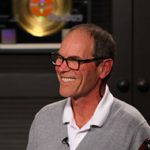 Steve Rennie has worked in the music business for over 36 years. He has a broad range of experience as a concert promoter, record executive, internet entrepreneur, and artist manager. He has been deeply involved in the intersection of music and technology since the earliest days of the internet. Steve was the personal manager for multi-platinum rock band Incubus for16 years and guided them from the day they got signed to a record deal to being a hugely successful worldwide record selling and concert attraction. From 1998 -2000, he was a founding member of one of the early internet music startups, ARTIST DIRECT. From 1994 -1998 he was the Senior Vice President/GM of Epic Records/Sony Music where he worked with artists like Korn, Rage Against the Machine, Ozzy Osbourne, Incubus, and Celine Dion. At Epic Records he was deeply involved in the label’s artist development strategy including touring and the label’s internet and new media strategy. Prior to joining Sony Music he managed a number of Alternative Rock artists including Primal Scream, The The, Dramarama, The Wonder Stuff, and Ned’s Atomic Dustbin. From 1982-1990 he was the Senior VP at Southern California’s #1 concert promoter Avalon Attractions, which is now part of Live Nation, booking shows from clubs on the Sunset Strip to stadium shows at the Rose Bowl and Coliseum. He currently is working on Renman Music & Business where he mentors the next generation of aspiring artists and business professionals. www.renmanmb.com