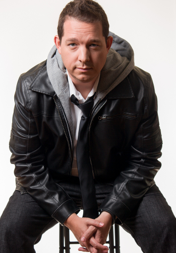 Film / Video Director
!Drawn to the business from an early age, Shaun got his first film industry job after reading the infamous tale of Steven Spielberg sneaking onto the Universal Studios lot. At age 17 he
walked through the gate, past the guards and though he didn’t get signed to a director’s contract, after only three months of daily lot sneaks, he was offered a permanent job on the Spielberg production of SeaQuest, DSV, where he worked for the series’ first season. From there, he segued into feature films (including two with Spielberg himself!) and never looked back. Eventually, he began to seek work as a Personal Assistant. The career change proved a wise step and he soon found himself working for (and with) some of the industry’s most well- known and well-respected talent in front of and behind the camera, including Courteney Cox and David Arquette, Academy Award winner Christopher Walken, Jack Black, Ben Stiller and acclaimed directors Joe Wright, Judd Apatow and Academy Award Nominee Peter Hedges.
!O’Banion soon began producing his own projects when he formed Ravenwood Films, first partnering with Desert Skye Entertainment to produce DAKOTA SKYE.
!DAKOTA SKYE became a festival hit, picking up top awards at festivals across North America. The film was distributed by E1 Entertainment following it’s successful festival run and is now available for purchase through all major retailers. The film was in the Top 100 most viewed on Netflix Instant for nearly 5 years with 80% positive reviews. In addition to Netflix, the film has aired on Showtime, Time-Warner On-Demand and Comcast. The film is also a regular topic of discussion among teen girls on social media sites such as Twitter, Facebook and Tumblr.
!Following the success of DAKOTA SKYE, O’Banion partnered with The Wayne/Lauren Film Company to produce GIRLFRIEND. The film made its World Premiere at the 2010 Toronto
International Film Festival where it made headlines for being one of 13 films sold in the first week! GIRLFRIEND went on to collect a handful of awards for Best Feature, Best Director and Audience Awards at various Festivals around the world as well as winning a prestigious 2011 IFP GOTHAM AWARD. The film saw a limited theatrical release in 2011 and debuted on DVD and VOD in the fourth quarter of 2012 from Strand Releasing.
!In 2013, he co-produced THE AUTOMATIC HATE, which reunited him with writer/director Justin Lerner (GIRLFRIEND) and teamed him with Academy Award-nominated producer Alix Madigan (WINTER’S BONE). The film is set to debut on the festival circuit in 2015, and stars Joseph Cross (LINCOLN, MILK), Adelaide Clemens (THE GREAT GATSBY, IFC’s Rectify), Deborah Ann Woll (True Blood), Richard Schiff (MAN OF STEEL, The West Wing) and Ricky Jay (BOOGIE NIGHTS, HEIST).
!In addition to films, Shaun has produced national commercials for Pepsi, EA Sports, Chevrolet and a live event for The White House – Office of the First Lady. He has also directed a variety of short films and music videos.
!Shaun is a member of the Producers Guild of America and has several films in development through both Ravenwood Films and his partnership with Broad Reach Films.