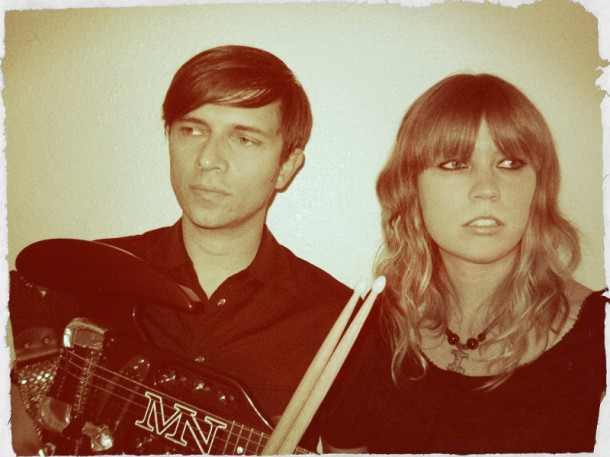 Magnuson The most musical mayhem ever created by a girl and a boy. Comprised of Greg and Kyrsten Magnuson, this dynamic duo switches off on drums and guitar all while maintaining beautifully intricate harmonies. Combining the sounds of Death From Above 1979, The Smiths, Black Sabbath, and Human League, Magnuson brings a unique blend of progressive rock, classic metal, and 80’s alt rock to the music scene. Since 2009, this power-duo has started taking the world by storm, including playing some of the best clubs in Los Angeles. Their shows at The Troubadour, Viper Room, Key Club, Silverlake Lounge and their recent House of Blues residency has generated buzz galore and energized their fan base. Their latest LP “Crash of Cassini”, released in July of 2011, shows Magnuson’s “use of unusual and clever chord progressions” and has solidified them as “one of the most exciting acts of this year”. Some may wonder, after listening to their recorded music if these two can pull this stuff off live. Fact is, they not only pull it off, they do it with such passion, its hard to imagine it live any other way. Listen to the songs and watch the videos, you won’t be disappointed.