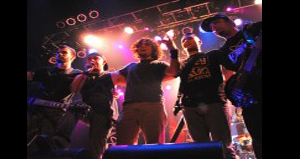 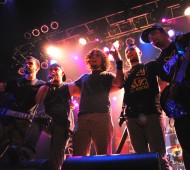 Los Angeles native band (Fused By Defiance) formed in 2012 and signed to Wright Records/Sony Records in 2013, have created a unique sound combining roots ranging from Hip Hop, Metal, Funk, Reggae and Latin cultures. Fused By Defiance (FxD) composed of five members have dedicated their time and effort to assemble their first project. With original songs like “Their Only Purpose”, “Civil Disobedience”, “They Were Kings Once”, “Enthrone” and “Burn” this band displays their versatility, knowledge, experience and ability to innovate a new sound which gained them first place in the L.A. Battle of the Bands Vans Warped Tour 2013.

“This is the sound that we chose for the world…up on a stage where the lights display, FxD will reign supreme”

Sounds Like: Linkin Park, Rage Against The Machine, Audioslave