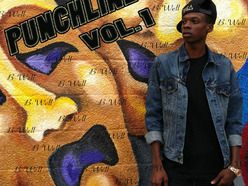 B-Well Bryan Bradwell, better known by the stage name “B-WELL”, is an entertainer, rapper, and songwriter. B-WELL is best known as a lyricist in the North Florida hip-hop rap scene and for being a very talented rapper with a southern swag. He has a desire to make major contributions to society through his music and his drive for further education. His rap style is too versatile to be classified as just a southern rapper; but it is a rap style that caters to a variety of audiences across many geographical locations. B-WELL comes from a family of singers, musicians, and songwriters. These roots make him the next generation artist in the present-day rap world. His music career began in 2011 shortly after discovering his ability to arrange lyrics within minutes of hearing an instrumental composition. Production professionals described his flow as having “a strong lyrical content that goes deeper than simple words”. Even with this recognition, B-WELL continues to sharpen his skillset through live performances, self-motivation, and dedication in the vocal booth.