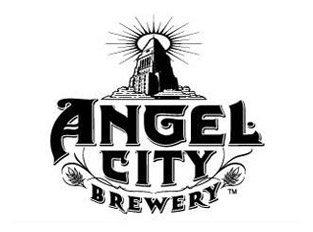 Angel City Brewery is excited to be part of the brewing renaissance of Downtown LA by bringing old-world, small-batch, craft brewing to the new world of the expanding Arts District. We are committed to the continued growth and revitalization of our neighborhood by being an interactive and supportive partner to the arts and business communities, as well as the burgeoning craft beer movement in Los Angeles.

Angel City Brewing was founded in 1997. Starting modestly, Angel City quickly became a leader in the LA craft beer scene. In 2004 Angel City bought an 8,000 barrel German-made brewery in Alpine Village near Los Angeles on EBay! and lovingly restored the facility. In late 2010, Angel City relocated the brewery to the historic John A. Roebling Building in LA’s Downtown Arts District. The vision was, and remains, to give this great city a great brewery.

Since January 2012, we’ve undergone massive renovations, including the addition of a new mustache bar. We began brewing in April of 2012, and started popping up in local LA bars and restaurants soon thereafter.

In February 2013, we opened the doors to the Brewery and Public House, but with limited hours as construction continued. We offer an ever-rotating selection of Angel City beer on tap, which includes a number of beers exclusively available at the Brewery. In addition to pints and flights, we offer brewery tours, events, and a great place to gather with friends. We have a small on-site retail store as well. Outside food is always welcome, and there are a number of great locations in our neighborhood that offer take out. In addition to the neighborhood cuisine, our parking lot has become a hot spot for food trucks, with one parked outside nearly every night we’re open. On May 5th  we extended our hours of operation, and are now open seven days a week.

If you’re looking for our beer outside of the brewery, we are available on draft at a number of locations around downtown LA. Click here to find us on tap in your neighborhood.