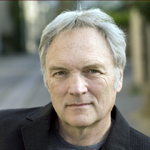 Industry veteran Mike Gormley, a 40+ year industry veteran, was President of the management firm, L.A. Personal Development (L.A.P.D.) for 24 years, before launching Yes, Dear Entertainment, which includes management and marketing. Later in the 70’s Mike joined Mercury Records, based in Chicago, as director of Publicity. He was instrumental in the signing of the legendary New York Dolls and ground breaking Kraftwerk. He also oversaw the PR campaigns for Thin Lizzy, Rod Stewart, The New York Dolls, Rush, BachmanTurner Overdrive, The Runaways, The Ohio Players and many others. Mike went to L.A. in the 70s & became head of Publicity for A&M Records, where he rose to the post of Vice President of Publicity and assistant to the Chairman, Jerry Moss. There he worked with The Police, Supertramp, Herb Alpert, Styx, Peter Frampton, Joe Jackson, Squeeze and others. Mike left A&M in 1982 to start L.A.P.D. with Miles Copeland, manager of The Police. Over the years, Mike has managed several major acts from their early days through to major international recognition including The Bangles and Oingo Boingo. Five years later, Miles left L.A.P.D. to produce movies. During this time he convinced Danny Elfman to write the score for Tim Burton’s first movie “Pee Wee’s Big Adventure” setting up  the beginning of Elfman’s climb to the top of the film composer world. Mike established the UCLA Extension’s continuing education program called, “The Insider’s Guide to Music Management.” The class covered, among other things, what music managers do, why they are important, and how to avoid management pitfalls.