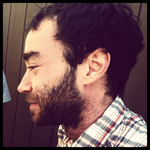 Artist manager, specializing in developing new talent around the world. He discovered 3OH!3 in Boulder, CO after just four shows and helped guide them to four platinum records and international acclaim. Dia Frampton was a friend of a friend; Michael got her a lucrative deal at a major label, and a slot on the first season of NBC’s “The Voice”, where as runner up she placed #1 on Blake Shelton’s team and was the highest selling artist from the show.