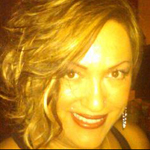 Lisa Thomas has been in the entertainment business for 20 years. She started at The Walt Disney Company in the motion picture department, later being promoted to interactive educational publishing. Thomas then moved on to Spelling Entertainment in the series department. She then found her home at Universal Music and video distribution for 12 years and was promoted to the Universal Television Distribution side for 8 years. With this experience behind her Lisa has made strong relationships within the industry from major producers to high profile artist and filmmakers as well as TV syndication and cable outlets.

The Road to Hollywood – Episode 18: Sydney Alston and Major Myjah