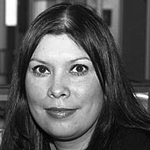 Joanne Ledesma, founder of Ledesma Music, has placed the work of several SongNet members, is a master at networking, and is recognized for her ability to connect the dots in the diverse world of music entertainment. An advocate for musicians and artists in her community for over 15 years she learned to refine her musical ears and eyes by earning the respect and support of her fellow musicians and superb networking ability. Her years at Disc Marketing honed her skills as she worked in the Entertainment Programming division. As Production Coordinator for DMI, she participated creatively by capturing exclusive inter views with artists like Carlos Santana, Andrea Bochelli, Mana, Tom Petty, and others, as well as creating and programming music channels from Latin to Blues and more. Joanne’s placed composers and producers with key writing positions & signed numerous artists in to film & TV music agreements which can be heard on South Park, Queer Eye for the Straight Guy, WB network, Tri-Star Pictures and more.