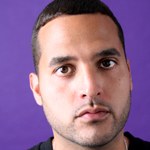 With over 16 years in the entertainment industry, Jesse Flores, Vice President of Business Development at INGROOVES, is considered to be a key influencer in strategic growth in today’s music industry. Based in Los Angeles, Jesse is credited with building the Urban Music division at EMI Label Services from its infancy to a formidable powerhouse. His rise through the EMI family began in 2004 when Jesse was named Director, Urban Marketing of EMI Music Marketing. Noted as a rising star within his industry, he became Director of Label Acquisition in 2009, serving in that capacity until he was quickly elevated to Vice President, Label Acquisition and Development, where he served for 3 years. Jesse came to EMI with a substantial background in music distribution, sales and marketing after graduating from the University of Florida with a Bachelor of Science degree in Business Administration. With a proven track record and a keen eye for talent, Jesse has mastered business development at the highest level and is poised to transcend to new heights within the music and entertainment industry.