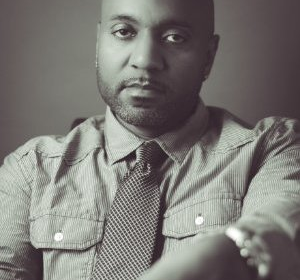 Since earning his bachelor’s degree from the University of Illinois and breaking into entertainment as an intern at Motown Records in the mid‐90’s, Jerrold Thompson has molded the careers of dozens of the music business’ most elite and talented up‐and‐coming stars. As a manager of producers, songwriters, and artists, he is an expert at negotiating both publishing and label deals, injecting success into projects for Destiny’s Child, 50 Cent, TLC, Busta Rhymes, Janet Jackson, The Jacksons, Raven Symone and many more. In addition to being a stellar entrepreneur, he was also Head of Creative Affairs/A&R at Hidden Beach Recordings/Universal overseeing projects from Jill Scott, Unwrapped, Dr. Cornel West, John Densmore (of The Doors) BeBe Winans.

In 2008, Jerrold (on a small seasoned team of executives) became the first person to ever A&R an album by a US presidential candidate; the official Barack Obama Campaign CD ‘Yes We Can: Voices Of A Grassroots Movement’ features a galaxy of stars: Stevie Wonder, Sheryl Crow, John Mayer, Kanye West, John Legend, and more. During Jerrold’s tenure the company has received multiple Grammy wins and nominations as well as many other industry acknowledgements.

His expertise in negotiating the finer points of music contracts and anticipating the shifting music business makes Jerrold one of the most sought‐after mavens in urban music today. He has lent his perspective to many relevant industry gatherings; he’s been a featured speaker/panelist at UCLA undergrad, USC, Urban Network, BMI conferences, SXSW Festival, IMC (Independent Music Conference) and the prestigious Anderson School of Management at UCLA, to name a few.

Jerrold offers much‐needed insight on branding, marketing, media‐industry trends and how the music community can take advantage of the drastic changes in music today and the opportunities that are still emerging within (i.e. new media, merchandising, 360‐deals, gaming, widgets, mobile, and others).

The Road to Hollywood – Episode 8: Jay King and Gayl Murphy