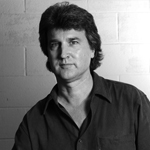 The incredible road to conceptualizing, creating & launching  I E S : INDIE ENTERTAINMENT SUMMIT is a long & eventful 40+ year journey for industry innovator & pioneer Jay Warsinske. Growing up all over the world, surrounded by music & the arts, he started as a musician at age 6 in England in 1964 during the birth of the British Invasion & Rock ‘n Roll / Modern music as we know it today. Turning pro by 1969 while living in a musically rich environment in Texas & moving over to the business side & representing artists & creators by 1973. His 40 years of credits & experiences since read like a WHO’s WHO in the industry.  From years in Radio & Concert Promotion, gravitating to developing artists & the marketing & promotion of acts, labels & releases since then, include Jay being a part of launching such legendary artists as U2, DR. DRE, METALLICA, EMINEM, AC/DC, 2PAC, RED HOT CHILI PEPPERS, SNOOP DOGG, BLACK EYED PEAS, THE CLASH, MADONNA, VAN HALEN, LIL WAYNE, THE POLICE, FUGEES, GUNS ‘n ROSES, N.W.A, RAMONES, ICE CUBE, BLACK FLAG, WU TANG CLAN, MOTLEY CRUE, JANET JACKSON, SUBLIME, CASH MONEY & many more. In which, had the amazing experience of working with iconic labels such as ISLAND, A&M, DEF JAM, PRIORITY, INTERSCOPE, GEFFEN, SIRE, DEATHROW, ENIGMA, CAPITOL, METALBLADE, AMERICAN, IMMORTAL, DELICIOUS, SST, RUTHLESS, MERCURY & more.

At the forefront of the music & entertainment industry for over 4 decades, Jay is considered a top expert in Marketing & Breaking Entertainment, & has delivered the Keynote or a Featured Speaker at over 500 industry conventions, conferences, seminars & special events. But with a rapidly changing industry, & most heavily independent & entrepreneurial, he envisioned a bold new Conference like no other. 100% indie oriented & based on expanding collaborations & business across all popular forms of entertainment : Music, Movies, TV, Comedy, DJs, Acting & Dance. All in the true Entertainment Capital of the World, L.A. & the most vibrant arts are of Southern California, the NoHo Arts District in N.Hollywood.  Jay’s vision has become a reality with IES : the INDIE ENTERTAINMENT SUMMIT, with rave reviews, unending testimonials from the industry & attendees from across the country & around the World, & a growing management team of industry leaders & innovators dedicated to building and maintaining the greatest event for the future of independent entertainment worldwide.