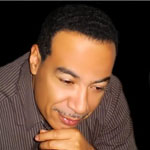 When Northern California based record label owner, writer, producer, manager & entertainer, Jay King, won a Grammy for his group Club Noveau’s version of “Lean on Me”, it was an exclamation point to his drive & talents. Previously he had recorded & released the song ‘Rumors’ by Timex Social Club that became a radio smash and ended up being one of the biggest selling 12” singles in history. Club Noveau ended up selling millions of units, toured with Madonna, and was sampled by countless artists including the hook behind hip hop classic “I Got 5 On It” by The Luniz. Today he manages multi-platinum R&B star Karyn White, consults labels & artists, runs popular radio shows, and is an all around entertainment entrepreneur.