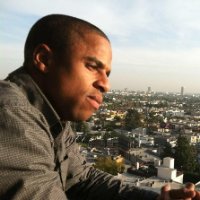 Imani Waker is a seasoned business developer who is currently building strategic alliances and opportunities for AWE. To date, Imani brokered a partnership with the AWE Fontainebleau Hotel and AWE and from that alliance AWE produced and directed Dionne Warwick 50 years in Entertainment TV special. Moreover that television special was the catalyst in procuring a deal with HD Net for a series to be produced at the Fontainebleau Hotel titled, Bleau Live. Imani has also been instrumental in developing relationships with key show runners and entertainment lawyers that are currently negotiating transactions for additional AWE content to be placed on various networks.

Work directly with high profile artists and managers as the Product Manager to oversee the creative marketing initiatives of music releases. This includes creating and booking all traditional media and new media campaigns, and overseeing artist’s social network marketing initiatives.