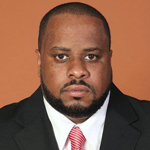 DARNELL ‘OG CUICIDE’ PRICE
Recording artist, motivational speaker, mentor and entrepreneur, Darnel “O.G. Cuicide” Price is on a mission to change lives. He is an established Rapper, Publisher of One West Magazine and the creator of One West clothing line. Cuicide is living proof that through faith, determination and positivity, you can be successful in anything you set your mind to.
The West Coast rapper, who’s name “O.G. Cuicide” is symbolic of a failed attempt at taking his own life at the young age of 22 years old. Thankfully, he lived through that and woke up out of a coma with a renewed sense of determination to make it. Just two years after his life-changing brush with death, Cuicide signed his first record deal and recorded his debut album “Final Exit.” The album reflected his life before the coma, including constantly living on the edge and opening the door for his future in music. Shortly after, he released a second album, “Wonder Why”, toured across Japan, France, and Germany as well as taking up acting. He then released his third album “Never Give Up” which gave listeners a true glimpse at overcoming the odds. “Looking back on my life from the past until now, I never gave up and know for sure there is a God and I’m here for a reason,” O.G. Cuicide reflects. Since that time, he has released two compilation projects, “Go Hard or Go Home Vol. 1 and 2” and most recently released the “One West Movement” Compilation Album available for purchase on iTunes which includes various West Coast artist.