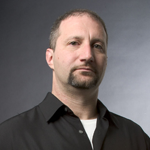 After graduating UCLA in 1989, Shafton started his music career in the finance division at CEMA where they dominated the charts with acts, such as MC Hammer, Vanilla Ice, Garth Brooks, Wilson Phillips, and The Teenage Mutant Ninja Turtles. Subsequently, Shafton left the major label in favor of the cutting edge Priority Records who would ultimately be the home to Dr. Dre, N.W.A., Ice Cube, Snoop Dogg, Master P, Westside Connection, Mos Def, Geto Boys, Jay-Z, and a host of who’s who in the rap game. Priority would ultimately blossom at $300 million per year in revenue. During his tenure at Priority, Shafton attended night school to get his MBA and refine his business skills. He used these to help propel him to VP of Sales and Distribution at Priority. The next move was entrepreneurial as Shafton opened shop as RBC Records. RBC acts as a virtual label to the hottest independent urban labels such as Strange Music (Tech N9ne), Mad Science (DJ Quik), Sick Wid It & Heavy on the Grind (E-40), Trill (Webbie and Lil Boosie), Dangerous (Too Short), and many more. Furthermore, RBC has its own in house label representing Krayzie Bone, Canibus, Layzie Bone, Pac Div, Dirt Nasty, the Rangers, and many more.