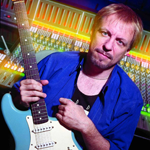 A long-time music industry veteran, Bobby Owsinski started his career as a guitar and keyboard player, songwriter and arranger, eventually becoming an in-demand producer/engineer working not only with a variety of recording artists, but on commercials, television and motion pictures as well. One of the first to delve into surround sound music mixing, Bobby has worked on over a hundred surround projects and DVD productions for a number of superstar acts. Combining his music and recording experience along with an easy to understand writing style, Bobby has become one of the best selling authors in the music recording industry with 19 books that are now staples in audio recording, music and music business programs in colleges around the world, including the best selling “Mixing Engineer’s Handbook,” “The Recording Engineer’s Handbook,” “How to Make Your Band Sound Great,” and “Music 3.0:A Survival Guide For Making Music In The Internet Age.” Many of his books have also been turned into video courses that can be found online at lynda.com, and he continues to provide presentations, workshops and master classes at conferences and universities world-wide.

The Road to Hollywood – Episode 16: Jay Warsinske and Scott Page