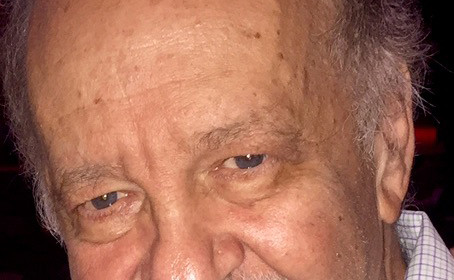 BILL DERN – MANAGER TO THE STARS

I have been a musician since the age of 3, playing drums, piano, banjo and writing arrangements as well as producing records. /growing up in a suburb of n/y, I worked in jazz clubs and recording studios starting in high school. Always plying, I pursued a degree in economics and worked at a banjo night club called You Fathers Mustache. With this band we played the Ed Sullivan Show, NY Giants, Mets and Yankees. Weekends were spent on the road from New Orleans to Miami and a lot of colleges. I then attended the Wharton School of Finance studying for an MBA. After a five year Wall Street affair, I decided to go into music as a business. My first love was jazz, so I started managing jazz musicians starting wth flugelhorn great Art Farmer, pianist Dick Hyman and worked for CTI Records. I produced my first recrd in 1976 at Carnegie Hall and life was great. In 1978, I joined a major management/business management firm and developed clients Dr. John, Commander Cody, The Manhattans, Tangerine Dream, composer Michael Kamen and many other acts. In 1984, I started managing a new act on an indie label, New Edition. Marketing the act and building them into a real group, we took them to MCA Records, where they enjoyed a mu;ti platinum career. Forming my own company with two partners, we managed Ready for the World, John Waite, Colonel Abrams, the System and a number of other acts, produces, composers and had offices in Londn, NY and LA. I then signed an amazing 12 year old singer named Shanice and took her to a worldwide number 1 record, I Love Your Smile. I then got involved with the Acid Jazz scene, managing The Brand New Heavies and representing UK label Acid Jazz Records

At this time, I formed my own label through Motown called Taj Records. I also managed a number of acts on Motown and other labels. I was engaged as a consultant with MCA, Motown and RCA as well as with a number of publishers. I moved full time to LA in 1997and have never stopped. After losing a leg to diabetes in 2001, I was out of business until I formed an indie label called Hyena Records with multgrammy award producer /Joel Dorn and Henry Marx. We quickly became a leading grammy award winning indie. I currently manage a developing rock band called Rascallion and an amazing yourg singer named Cheynne Elliott. She is the gradbaby of icon Dionne Warwick and cousin of Whitney. I will be 70 in August and intend to keep in the business that I love.