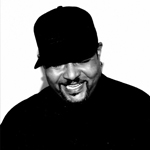 Over two decades ago, the American Society of Composers, Authors & Publishers  (ASCAP) hired Alonzo Robinson to “represent ASCAP in general” to the music community.  Nineteen years later, Mr. Robinson’s neighborhood is among the music industry’s elite, catapulting ASCAP to dominate position in the urban music community.

A marketing & economics major from Eastern Kentucky University, Alonzo parlayed his early corporate training, excellent people skills and his “real ear” for music into an aggressive campaign to be a force in the industry.  His knowledge of publishing, record production, TV, concerts, showcases and artist development, and as one of Executive Producer of the R&S Award winning Show, humbling to some of the world top outstanding songwriters, and publishers, for the late 19th years, well have kept Mr. Robinson in demand as a speaker at conventions all over the world- from BRE to Vibe as a valuable source of information.  Realizing that information is powerless without action, Alonzo helped coordinate the first annual Rap Music Symposium in 1990 that ran for 5 years, which was appropriately entitled “The Real Deal”.   Under his leadership, ASCAP has showcased in 1991 through 1997 more than 8,200 up-and-coming writer/artist seeking management, lawyers, and record/publishing deals.  As Executive Producer of the 360° Jazz Series, from 1992 thru 2000.

Alonzo’s love of music is superseded only by his love for those who make the music.  A believer in establishing genuine relationships from the start.  Its no wonder that the top names in the industry seeks him out when searching for new talent.  His working relationships read like a “Who’s Who” in music  — Jimmy Jam/Terry Lewis, Akon, Brain McKnight, Max Gousse, Ron Fair, Jay Prince, Track Stars, Petey Pablo, Stevie Wonder, Ice Cube, Dr. Dre, L.A. & Babyface, Tim & Bob, Steve Wonder, Mary Mary, Brian McKnight, D.J. Quik, LL Cool J, Teena Marie, Guerilla Black as well as industry veterans like Ron Fair, Sylvia Rhone and Jheryl Busby, Quincy Jones, Sean “P.Diddy” Combs, Manni Edwards, Kevin Hall, Virgil Roberts, Lee Young, Andy Tavel, among a lot others.  The enthusiasm of working with some of the top names in the business does not diminish when working with “up-and -comers”.  In fact, his tenure at ASCAP is noted for his willingness to listen and nurture fledgling writers/producers as well as grooming budding industry executives, through his Intern Program.

Mr. Robinson’s neighborhood extends well beyond the confines of the entertainment industry.  “For music to really touch, it is vital that we maintain contact with the people away from the framework of entertainment.  Then and only then, can we be creatively in tune with real issues and emotions.”

His strong Belief in “giving back” is manifested in his various endeavors — from his dedication to helping the homeless through Operation Home Shield from the past six years, to the myriad of activities as a member of Phi Beta Sigma fraternity.